[FOCUS ENTREPRENEUR] Biernard, the beer expert in your pocket! 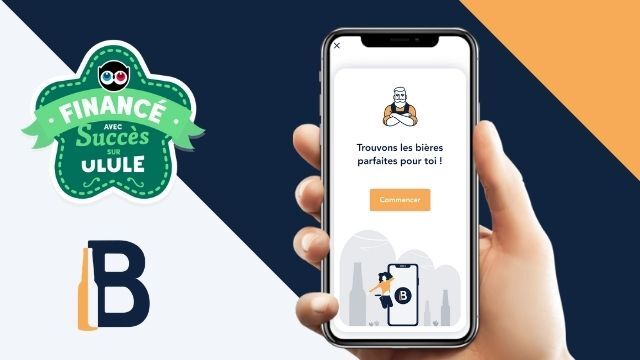 Beer has steadily grown in popularity in recent years. To meet an ever-growing demand, more and more producers have joined an already packed market. However, not all beers are the same, and it can be difficult to find the perfect beer, one that suits your tastes and that you always want to have to hand. Of course, there’s always the option of asking a friend, but if the friend’s tastes are diametrically opposed to yours, you might be disappointed. You could also look online: there are plenty of sites that list beers rated by drinkers according to taste, but again, that might take you down the wrong route. Finally, there’s  the option of going to a beer shop, where an expert will ask questions to help you find you the perfect beer, but you still have to find the time and the right beer specialist. So what if you could find a beer expert on your smartphone?

Biernard's aim is to find you the perfect craft beer, produced near you. To do this, switch on geolocation, and answer the five questions the app asks you. Once you’ve done that, it will suggest a selection of beers that you can go and buy directly from the brewer. It’s a solution that’s good for your taste buds and also the local economy.

The app is the brainchild of Amine Boubrik (Grande École 2016), and it began life as a project starting from a simple premise: how to enable a novice to find a beer to his taste. He and his partner then worked for a year and a half on an algorithm that would answer this question. Biernard was created in March 2019, and was launched thanks to a crowdfunded appeal in October 2020. This raised a total of €6,000 - 200% of their goal - which enabled them to launch the mobile app.

But Amine and his associates didn’t rest on their laurels! They have recently added a new feature: using your smartphone's camera, you can scan the barcodes of your favorite beers, and based on this information, the app will suggest other beers, with a similar taste and brewed near you. Finally, by the end of the year, the app should make your life even easier by setting up a click'n'collect system, enabling everyone to find, order, and then drink the perfect beer with just a few clicks.